Where There is a Body, There the Vultures Will Gather | The Hard Sayings of Jesus

‘It will be just like this on the day the Son of Man is revealed. On that day no one who is on the housetop, with possessions inside, should go down to get them. Likewise, no one in the field should go back for anything. Remember Lot’s wife! Whoever tries to keep their life will lose it, and whoever loses their life will preserve it. I tell you, on that night two people will be in one bed; one will be taken and the other left. Two women will be grinding grain together; one will be taken and the other left.’

He replied, ‘Where there is a body, there the vultures will gather.’

If some of Jesus’ sayings are hard to understand because of our distance from them, in other cases it’s because they seem to be genuinely obscure.

In this instance, Jesus is talking about the end of this age, when he returns and will be revealed to all as the rightful king. He has just drawn a parallel with the days of Noah and of Lot, when people were taken away in judgement, and says the division will be the same when he returns. (Incidentally, this means that those who are ‘taken’ are the ones who suffer judgement, not the saved – so, contrary to much popular teaching, we should all want to be left behind!)

The disciples’ question doesn’t appear to make much sense, given what Jesus has said, and Jesus’ obscure reply makes even less.

Is the ‘body’ someone who is still living, like Jesus on the cross, as the word used in Luke suggests? Or is it a ‘carcass’, as in Matthew 24:28? Are the birds vultures or eagles, as the Greek word can refer to both? If vultures, does this mean something like a crowd gathering around a schoolyard fight? As Eugene Peterson paraphrases it:

‘Whenever you see crowds gathering, think of carrion vultures circling, moving in, hovering over a rotting carcass. You can be quite sure that it’s not the living Son of Man pulling in those crowds.’

Or are the birds eagles, representing the followers of Jesus gathering around his crucified and risen body, and finding salvation? Or perhaps the eagles are the standards of the Roman army gathered around the corpse of Jerusalem? New Testament scholar R.T. France decides that ‘the saying remains an enigma’ with good reason!

But that in itself offers an important learning point. It’s clear from the gospels that both the disciples and the crowds often find Jesus puzzling, but this is to be expected: he is our Master, not someone to be mastered.

We will not understand everything about Jesus this side of eternity. The apostle Paul only knew ‘in part’ and looked forward to the day when he would ‘know fully’, even as he is ‘fully known’ (1 Corinthians 13:12). And this calls for patience. The gospel writers themselves held on to the teaching of Jesus, and passed it on to others, even when they found it puzzling. We need to follow their example. 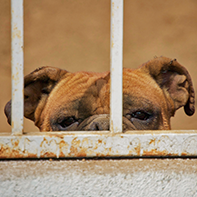