Leaving that place, Jesus withdrew to the region of Tyre and Sidon. A Canaanite woman from that vicinity came to him, crying out, ‘Lord, Son of David, have mercy on me! My daughter is demon-possessed and suffering terribly.’

Jesus did not answer a word. So his disciples came to him and urged him, ‘Send her away, for she keeps crying out after us.’

He answered, ‘I was sent only to the lost sheep of Israel.’

The woman came and knelt before him. ‘Lord, help me!’ she said.

He replied, ‘It is not right to take the children’s bread and toss it to the dogs.’

‘Yes it is, Lord,’ she said. ‘Even the dogs eat the crumbs that fall from their master’s table.’

Then Jesus said to her, ‘Woman, you have great faith! Your request is granted.’ And her daughter was healed at that moment.

Jesus was a racist, nationalist bigot. A woman comes to him in need, and he refuses to help because he thinks his race is superior to hers. He adds insult to injury by calling her a ‘dog’, a serious slur in his day. If he was trying to test her, he is doing so at the moment of her greatest need – how cruel and callous can you get? In the end, he has to learn from her that there is a better way. If even Jesus was a racist, then you can see how deep-seated this problem is.

At least that is the way that some people read this passage!

Although his first response, ‘I was sent only to the lost sheep of Israel’, seems harsh, it is consistent with the rest of Matthew’s very Jewish gospel. But this could hardly be Jesus’ last word; this encounter matches closely the story of the centurion’s servant, during which Jesus talks of a multi-ethnic and multiracial kingdom comprised of those ‘from the east and the west’ (Matthew 8:11). We have already met foreigners in Jesus’ genealogy, Magi from the east at his birth, and people from this very region being healed in Matthew 4:24. Perhaps Jesus has forgotten to read the earlier chapters of this gospel – or perhaps his critics have!

In contrast to his disciples, Jesus engages in dialogue with this woman. He treats her as a worthy debating partner, just as God did with Abraham in Genesis 18. When he challenges her, she responds, and he loves her response. He grants her request, commends her ‘great faith’ (a contrast to the ‘little faith’ of the disciples) and thus allows Matthew to make her, a foreign woman, the hero of the story.

If there is prejudice here, then it’s in the kind of biased reading I opened with. Rather than imposing our own agenda, will we allow Jesus, through these difficult sayings, to provoke us to think more, trust more, and become people of ‘great faith’? 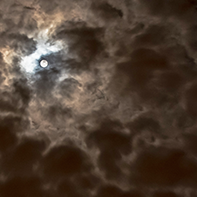 Outer Darkness, Where There is Wailing and Gnashing of Teeth | The Hard Sayings of Jesus (4/5)