Back to the Future | Where We Start

As moments in history go, this one was significant – unprecedented, even.

At long last, things were beginning to open up. New circumstances. New possibilities. Inevitably, there’d be risks involved. The experience had been draining. People would need space for lament and confession, for reconnection and reconstruction. There’d be some delayed grief going forwards. But none of that could detract from the fact that change was in the air.

Persia had taken over from Babylon on the world stage. A new regime with new ideas. Cyrus, whose heart had been moved by the Lord, allowed captive peoples to go back to their own lands.

So it is that the books of Ezra and Nehemiah tell of the building projects – the temple and the walls of Jerusalem – that take place after God’s people return from exile. No less real, and no less hard graft, is the rebuilding of the people themselves – in relationship with God and each other. But at the heart of the restoration, that which comes first, is worship.

It’s where true restoration begins. And that’s because of who God is: ‘he is good; his love towards Israel endures for ever.’

The account is realistic enough about the conflicting emotions, the opposition they’d face, the delays involved (it would be another 20 years before the temple was finally rebuilt). Even so, the affirmation of God’s character and covenant commitment pave the way for a new start. Hope has been rekindled, faith has been stoked, memories have been stirred, markers of identity have been reinstated, promises have been reaffirmed, God has been praised.

As new beginnings go, it’s a great place to start.

For all the differences between their situation and ours, the need for worship is no less significant today than it was then. Not the sort of worship which provides a momentary retreat from the world, but worship that shapes us for life in the world, which paves the way for renewed witness on our frontlines.

Yes, as we head into this new season, there’ll be mixed emotions. Like God’s people of old, we shouldn’t be surprised if joyful happiness is tinged with regretful disappointment. But God is present with us and calls us to see his bigger purpose, to celebrate who he is and what he has done, and to be empowered to be his people in and for the world.

In what ways do your moments of gathered worship equip and empower you for life on your frontline? Join the conversation in the comments below. 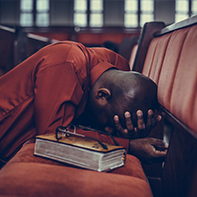 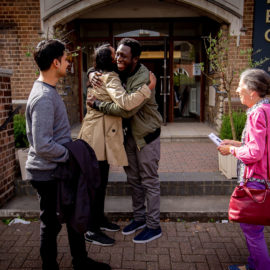 As we return to our church buildings, how can we give people fresh inspiration for their daily lives – particularly as we all work out what those lives look like post-covid?

To help your church make the most of this unique, weird season, check out key resources full of ideas to re-envision people for their everyday mission.