God assails me and tears me in his anger and gnashes his teeth at me.

In December last year, Channel Four broadcast the documentary Surviving Covid. It follows the stories of four coronavirus sufferers. One of them is a pastor called Tobi, who is treasured by his family, congregation, and community for his vivacious personality, strong faith, and personal warmth.

But the film shows him in hospital writhing with discomfort under a mass of tubes and wires. He has had several strokes and his kidneys have failed. When eventually he returns home, he has severe physical and mental disabilities that mean he can hardly speak or lift his head. Most traumatic of all for his loved ones, his ready smile has vanished and gleaming eyes have dimmed.

Tobi’s story evokes that of Job. In both cases, a righteous, God-fearing man suffers the loss of almost all the things that constitute his quality of life. Both thereby raise the age-old question: why do bad things happen to good people?

On this question, as this series has shown, Proverbs teaches that, when people do good, good things will eventually follow; and Ecclesiastes that it is a mystery why this does not always happen. But the book of Job holds out the prospect of addressing this question head on. Indeed, it records conversations on this matter not only between Job and his friends but also between God and Job, and even between God and Satan.

Ultimately, however, this book does not solve the puzzle of why the righteous suffer. When Job eventually challenges God to account for his suffering, God delivers a poem in which he gives Job a tour of the universe and poses to Job the rhetorical question: ‘where were you’ when all this was created?

The poem suggests that the world is good, beautiful, and under God’s ultimate control, but also that it is wild, unsafe, and imperfect. As such, it is an arena for the complex and unpredictable interplay between flourishing and suffering. For a mere mortal like Job to question God’s justice is, therefore, to make the same mistake as Job’s friends of simplifying God. A simplification is needed – but only of trust.

How will simple trust in God’s goodness be demonstrated this week as we grapple with the complexities and uncertainties on our frontlines?

As Peter asks, what does this simple trust look like on your frontlines this week? Join the conversation in the comments below. 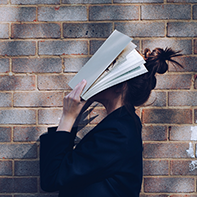