I was mentored by John Stott – even though we never met

‘Every true disciple is a listener’

This article is a transcription of Dave Benson’s address at the EFAC celebration of John Stott’s centenary on 27 April 2021.

I’m here today because of what Jesus did through John Stott.

It’s a strong line, with no overstatement. And yet, I confess, it’s confusing. Stott and I never met. I’m not Anglican. I hail from a world away in the antipodes, where on John’s first visit – 18 years before I was born – he was teased by our uncultured yokels for his love of bird-watching.[1] On behalf of brash Aussie evangelicals, I’m awfully sorry about that. I also need to confess that I’ve read more of John’s work this centennial year than in four decades heretofore.

And yet, almost unawares, John’s life has indelibly imprinted mine.

I’d always longed for a mentor in my particular calling of bridging the gap between church and culture, eschewing both escapism from and conformism to the world. I just never realised that Uncle John had been that mentor all along, through his immeasurable influence on key people and movements of which I’ve become a part.

Most every ‘fresh discovery’ I’ve made was simply thinking Stott’s thoughts after him. Imbibing the work of Francis Schaeffer to form a Christian mind; studying at Regent College under Stott’s friends J. I. Packer and Jim Houston; joining the ecumenical Lausanne movement for world evangelisation; sharing a bigger gospel on university campuses that made sense of each student’s existence; seeking the integration of faith, life, and mission – and head, heart, and hands – in theological education; and now, being a catalyst for culturally astute whole-life disciplemaking at the very Institute John founded in 1982.

While my voice was barely breaking, he was calling us to ‘build bridges into the real world in which [our neighbours] live and love, work and play, laugh and weep, struggle and suffer, grow old and die.

‘We have to provoke them,’ John said, ‘to think about their life in all its moods, to challenge them to make Jesus Christ the Lord of every area of it, and to demonstrate his contemporary relevance.’ Amen!

By God’s grace, I’ve been unknowingly piggybacking on a self-effacing elder brother in the faith, and am only now seeking ways to draw again from the wells first sunk when, as LICC’s first director, he launched the long-form course ‘Christians in the Modern World’. Like I said, I’m here today because of what Jesus did through John.

John’s mentoring is most apparent in his call to ‘double listening’, combining fidelity to God’s revelation and sensitivity to the modern world. At LICC we’re working to carry that torch onwards, particularly by encouraging ‘triple listening’: learning not only from the Bible and the world around us, but also from each other – the people of God in the little details of our everyday contexts.

In line with Stott’s vision of whole-life discipleship, our passion is that every follower of Jesus would be able to Listen, Imagine, Create, and Communicate. To listen to what’s going on in this post-Christendom moment and identify why it’s happening. To imagine what it might mean for the kingdom to come in our specific contexts, as part of the mission of God running from creation to consummation, centred on the cross of Christ. Having listened and imagined, we want to equip radical disciples to create strategic change, being fruitful on our diverse frontlines. And finally, LICC is passionate about catalysing the whole-life witness of every follower of Jesus in the UK, so we can communicate the gospel in a way that is truly good news in the language of our neighbours.

And yet again, just when I thought I was leading, I was actually following unawares in Uncle John’s footsteps. Re-reading The Contemporary Christian’s central chapter on ‘The Listening Ear’, I discovered that John was there before me. His practice of holding listening groups over decades shows that he was the consummate triple listener and triple learner. He bent his ear, listening to the cries of the world, through the wisdom of the Word, for one another – so that every Christian could flourish on their frontline as a whole-life witness of Jesus’ good news. All to the glory of the Father.

As Stott put it so plainly, ‘Every true disciple is a listener … cultivat[ing] the listening ear. Bad listeners do not make good disciples.’

Uncle John continues to lead the way, appealing to us alongside Jesus’ brother to be quick to listen (James 1:19). So may we take heed, and listen to the Word, the world, and one another, that together we may follow the way of Christ, and make him known to the ends of the Earth, starting right where we live: whatever you do, wherever you are, whoever you are.

[1] Timothy Dudley-Smith, in John Stott: Making of a Leader (Nottingham, UK: Inter-Varsity Press, 1999), 399, cites Stott’s correspondence home after his first public meetings in Australia in 1958: ‘I’ve discovered that bird watching is a bit of a joke in Australia and there has been no craze for it among the general public as in England.’ Thankfully, however, he persisted, spotting several new species, particularly the Moor Hen’s enormous cousin, the Swamp Hen! 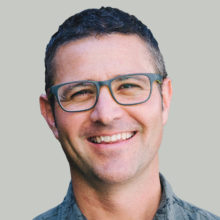