Culture Making with God | The Gospel in Christ

‘The Spirit of the Lord is on me, because he has anointed me to proclaim good news to the poor. He has sent me to proclaim freedom for the prisoners and recovery of sight for the blind, to set the oppressed free, to proclaim the year of the Lord’s favour.’ … Jesus began by saying to them, ‘Today this scripture is fulfilled in your hearing.’

For God so loved the world that he gave his one and only Son, that whoever believes in him shall not perish but have eternal life. For God did not send his Son into the world to condemn the world, but to save the world through him.

So far we have journeyed from Eden’s garden via Babel’s tower to Abraham’s family tent. The time has come to climb Calvary’s hill, crowning Jerusalem, the city of peace. Let’s hear the crux of this gospel heralded from on high: ‘The kingdom of God has come near. Repent and believe the good news!’ (Mark 1:15).

Christ is the Bible’s climax, crystallizing the story of saving culture. On our own we’ve reached a dead end. How do we build a life together when we’re addicted to our own success and seething when someone gets in the way? How can we break this cycle of violence and blame, instead absorbing hate in love? Where Israel failed to live up to their identity, forgetting justice and mercy, the Creator graciously stepped in, fulfilling their call as the hero they needed but never expected. Through parabolic wisdom and servant leadership – lifted up to bear the curse of law-breaking for us – Jesus resurrects humanity, embodying kingdom culture in his very being.

This is restoring work: leading the lost to freedom and bringing the dead to life. In announcing the judgement of God and yet nailing our failure to the cross, covering the repentant rebel by extending forgiveness in place of condemnation, Jesus uniquely saves us as image bearers. And yet, in so doing, we are conscripted into ‘the salvation imperative’, becoming a sign of shalom pointing to the renewal of all creation. By taking on flesh, God sets up a pattern for us to follow. In the same way the Father sent the Son, he sends us. We’re each called to love from the mountain of crucifixion. To sacrifice selfish agendas for the sake of reforming a broken world: ‘Go and be a messenger of the gospel!’

In a time where people clamber for power, a Saviour who takes up his cross is truly good news!

How, then, is God calling us to restore life on our frontlines? Who are the poor and prisoners, the blind and oppressed, needing freedom? Where might laying down our rights in forgiveness effectively disarm evil, breathing resurrection life into excruciating relationships with our neighbours? What might it look like in our workplaces to love like Jesus and point people to him? This may not seem especially heroic in your daily grind, but it’s how salvation subversively progresses in the already-but-not-yet of God’s peaceable kingdom. For this is the gospel at work in Christ – a story to live and share this Lenten season. 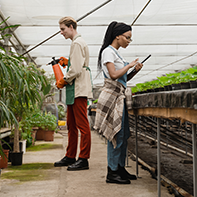 Culture Making with God | The Gospel in Church (5/6)