As he approached Lehi, the Philistines came toward him shouting. The Spirit of the LORD came powerfully upon him. The ropes on his arms became like charred flax, and the bindings dropped from his hands. Finding a fresh jawbone of a donkey, he grabbed it and struck down a thousand men.

It is a little odd that Samson is one of the best-known characters in Judges – he is not exactly a model of godly conduct or deep spirituality! In fact, there is practically nothing that would commend him as a good leader: he shows no respect towards his family, the people he leads, the vow made at his birth, God’s calling, any of the women he meets, or his friends. He demonstrates no compassion or interest in anyone else. It is hard to even understand why and how God settles on him as a leader.

As a judge, Samson never cared for the common good or the welfare and spiritual life of the nation. He does not acknowledge his power as God-given. Every prayer he utters is selfish; even at the end of his life, he uses the power of God primarily for revenge. So what do we make of this story?

The story of Samson, more than perhaps any other in Judges, is a warning about character and the dangers of power. Samson does not seem to have been formed in the ways of God; his lack of discipline, his selfishness, and his disregard for doing right all shine through; and yet he is a judge, because power seems to win over character. Power itself then becomes a further lure. Samson forgets that his power comes from God, and that a relationship with God is based on the principles of the covenant, on a relationship. Not on human perfection, but on seeking after God. 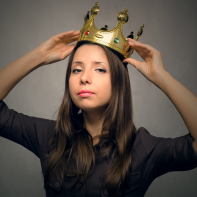