Revelation: Faithfulness in Testing Times | The Word We Need

The revelation of Jesus Christ, which God gave him to show his servants what must soon take place. He made it known by sending his angel to his servant John, who testifies to everything he saw—that is, the word of God and the testimony of Jesus Christ. Blessed is the one who reads aloud the words of this prophecy, and blessed are those who hear it and take to heart what is written in it, because the time is near…I, John, your brother and companion in suffering and kingdom and patient endurance that are ours in Jesus, was on the island of Patmos because of the word of God and the testimony of Jesus.

As we struggle through this third lockdown, hearing both scientists and politicians warn us not to hope for a date when life returns to ‘normal’, we long to hear a word from God – or perhaps three.

First, we long for a revelation – a pulling back of the curtain, so that we can see, amidst all the confusion and chaos of conflicting accounts of what is ‘really’ going on, some heavenly truth. We are not the first. ‘Oh, that you would rend the heavens and come down…!’ cries Isaiah, faced with the promise of God’s faithfulness, and the reality of the people’s sin (Isaiah 64:1). The heavens were indeed rent at Jesus’ baptism – yet John’s readers, at the eastern end of the Roman Empire, are under pressure both from jealous Jews who resent this new Messianic movement, and pagan peers who demand they conform to cultural norms. They need a fresh revelation of who Jesus is, what he has done, and what it means to be faithful to him.

That is what God gives to John to pass on – a revelation (‘apocalypse’) of Jesus, God’s anointed, slain for us yet raised by God, who now shares his Father’s throne. This is no novel belief, but stands in the long line of prophecy – indeed, Revelation has been called ‘the climax of prophecy’. John shares what he sees and hears in words saturated with the Old Testament: redemption through Jesus is the fulfilment of all God had promised to his people.

But beyond a revelation, beyond a shared prophecy, we long for a word to us. What John writes is an apocalyptic, prophetic letter, written to particular people in a particular place at a particular time. It can become a particular word to us too, as we listen to what God is saying to us through what John said to his readers.

John’s central assumption is that we have three things in Jesus: suffering (‘tribulation’ in the KJV); kingdom; and patient endurance (Revelation 1:9). Let’s rejoice in the healing grace of God’s rule in our lives, brought by Jesus and made real by the Spirit. Let’s also share in the groaning of this age, which does not yet see the redemption we enjoy. And, in the tension of these two, let’s commit ourselves to live lives of patient endurance as we look to the return of Jesus and hold out hope to the world.

Ian is a biblical scholar and theologian. He writes the widely-read blog psephizo.com, and will host the LICC Revelation Bible Day on 27 February – tickets are available here. 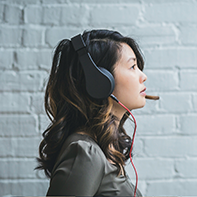