Questions Jesus Asked | Who Do You Think You Are?

One day as Jesus was teaching the people in the temple courts and proclaiming the good news, the chief priests and the teachers of the law, together with the elders, came up to him. ‘Tell us by what authority you are doing these things,’ they said. ‘Who gave you this authority?’

He replied, ‘I will also ask you a question. Tell me: John’s baptism – was it from heaven, or of human origin?’

They discussed it among themselves and said, ‘If we say, “From heaven,” he will ask, “Why didn’t you believe him?” But if we say, “Of human origin,” all the people will stone us, because they are persuaded that John was a prophet.’

So they answered, ‘We don’t know where it was from.’

Jesus said, ‘Neither will I tell you by what authority I am doing these things.’

‘Who do you think you are?’ The question is rarely asked neutrally, is it? It usually implies that someone has got ideas above their station.

That’s certainly what’s going on here. A coalition of religious elites want to know who has given Jesus permission to do the things he’s doing, and their sense of disdain and moral superiority is palpable.

This group considered themselves to be the gatekeepers of God’s authority on earth. The chief priests were the administrators of the temple’s liturgy, buildings, and finances. The teachers of the law were those who had been professionally trained to develop, teach, and apply the Torah. The elders were the community leaders. If anyone had authority to give Jesus permission to behave as he is, it is this group, but none of them have. And so they ask, ‘Who gave you this authority?’

It’s neither the time nor the place to get into this. So Jesus replies with a question of his own: ‘Tell me: John’s baptism – was it from heaven, or of human origin?’ It’s a brilliant riposte. This is a subject on which the elites would prefer to stay non-committal for all sorts of reasons. And so, reluctantly no doubt, they profess ignorance: ‘We don’t know where it was from.’

It’s now that Jesus silences his critics by ducking their original question. In responding as he does, Jesus demonstrates that he’s not answerable to them. Indeed, as we learn elsewhere, all authority in heaven and on earth has been given to him. Jesus’ authority is not of human origin. It’s not from this world. It comes from heaven.

It is in light of Jesus’ authority over all things that we are free to live his way in our daily lives. Wisdom is required for sure, but we don’t need permission, whether from a group, our boss, or the government (helpful though it might be), to bring the presence of the kingdom and the true King into every corner of human life.

That’s not to say it’s easy, of course. This exchange also reminds us that living the life of the kingdom can provoke hostility. Because if we live according to the claim that Jesus is the ultimate authority, we are implicitly relativising the power claims of others. If Jesus is Lord and Saviour, no one else, and nothing else, possibly can be.

What might it mean for you to imitate the character of Christ this week, everywhere you are and in everything you do? Join in the conversation in the comments below. 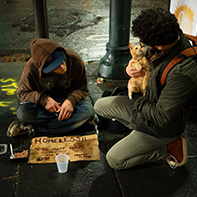 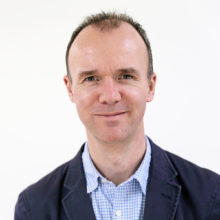