LICC recommends: The Painter and the Thief

The best stories help us to see. To see people as they really are, not as we judge them to be. And so to see what huge themes like courage, connection, and redemption actually look like in our lives. The Painter and The Thief is one of those stories.

The first moments of this documentary show us a painter completing her artwork in timelapse. The same artwork is then shown in the window of a gallery. It’s an accomplished piece and she must be an accomplished artist, we think. Then, we see CCTV footage of two men breaking into the gallery and stealing that artwork. A news report announces that only a professional with great skill would have been able to remove the 200 nails that held the canvas in place. The man must be an accomplished thief, we think.

The footage is enough for the police to catch the thieves and bring them to trial. The painter approaches one of the thieves in court, asking him aloud if she is being inappropriate, but he talks to her. And next, the painter has invited the thief to her apartment. He lies on the couch smoking as she begins a portrait of him.

As they talk, each allows the other to see them in ways that take us, the audience, far beyond our first impressions. The painter, Barbora, and the thief, Bertil, are real people. Their moral inventories are painfully complex: both are afraid, both are addicted to their coping mechanisms, both long for redemption that will change the direction of their lives.

Another such story that helps us see is in John 8. A woman, caught in adultery, is brought before Jesus. Her accusers are ready to condemn her with their stones. Jesus sees the woman and sees her accusers. He sees their stories, too, and invites them to throw their stones once they have provided clean moral inventories. They cannot, and their stones drop to the ground. Jesus turns to the woman and they both acknowledge there is no one left to condemn her. He tells her to go, and sin no more.

As a result of seeing and being seen, all these characters are given a chance to see themselves differently. Take for example, Bertil’s first encounter with Barbora’s portrait of him: Bertil perhaps sees himself as Jesus sees him – someone who bears the dignity of the divine image, even if that image is obscured by his brokenness. But in that moment he is broken open and his tears flow. Barbora refused to see Bertil as a thief. Jesus refused to see the woman as just an adulterer. I wonder if the woman was able to see herself as Jesus saw her – and if her reaction was anything like Bertil’s.

Bertil will have to overcomes a life-threatening car accident and a stint in prison. Barbora has to confront herself in her therapy sessions. Slowly, they begin to see themselves differently – and redemption dawns. There will be healing for the mind and body, freedom from addiction, meaningful work to do, and relationships that promise a future. This is not theoretical salvation: this is whole-life redemption. And it comes because the characters learn to see like Jesus.

Both the story of the painter and the thief and the woman in adultery leave me full of hope. Hope that, if I take the time to see people as they truly are, I might judge them differently, whether they’re a painter, thief, adulterer, or just someone to whom I’m a neighbour. And even more than that, these stories grant me hope that redemption is both real and possible. To get there, Jesus invites me to see as he sees, and then to love as he loves. The Painter and the Thief shows me just what that can look like.

You can watch The Painter and The Thief in any of these places. For a parent’s guide to the content of the film, see here. If you’ve watched the film, why not let us know what you thought in the comments below? 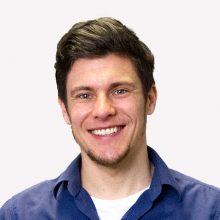