Jephthah the Gileadite was a mighty warrior. His father was Gilead; his mother was a prostitute. Gilead’s wife also bore him sons, and when they were grown up, they drove Jephthah away. ‘You are not going to get any inheritance in our family,’ they said, ‘because you are the son of another woman.’ So Jephthah fled from his brothers and settled in the land of Tob, where a gang of scoundrels gathered around him and followed him.

The story of Jephthah is not an Old Testament favourite. Mostly, we do not know what to do with him. Jephthah is a leader, a judge of Israel, who fights Israel’s enemies and leads the nation into freedom. The Spirit of the Lord came upon him to lead him into battle.

And yet, no sooner had the Spirit come onto Jephthah, he made the biggest mistake of his life. He made a vow to God to sacrifice the first thing that came to meet him when he came home victorious. But God had never asked for a vow. God had already sent his Spirit. Jephthah was trying to buy the support that was already his; he simply did not understand the ways of God.

His lack of understanding then grew to tragic dimensions. As he came home, his daughter came out to meet him… and Jephthah promised to fulfil his vow. Still he misunderstood the ways of God. The law of Moses made specific provisions for the redemption of people (and even animals) vowed to God (Leviticus 27:1-13): the sacrifice of children was forbidden (Leviticus 18:21; Deuteronomy 18:10). But Jephthah thought his attempt to ‘buy’ God was more important than his daughter. What he knew of God was only partial and skewed.

Yet let us not judge Jephthah too quickly. If we go back to the beginning of his story, we meet a man who has been shaped by his upbringing: rejected by his family and stigmatised as the son of a prostitute. Jephthah had very little space in his life to learn what it means to be accepted and supported. Instead, he grew up trying to control the world around him through violence and manipulation. As others hurt him, he responded in kind and became a mercenary, then negotiated hard for his place as a leader of Israel.

He may have led Israel into victory against the Ammonites, but his motivation seems primarily to prove himself and find a place of safety in the community that had rejected him. There is little in Jephthtah’s background that could have prepared him for the way God relates to his people: freely, in complete love, with grace.

We do not need to prove ourselves, or buy God’s love and protection. Jephthah was so keen to protect himself, he missed out on the chance to live life with the God who could have made him safer than he could ever have imagined. 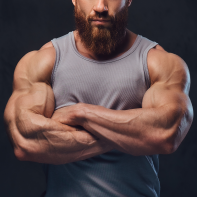