Picture the scene. Gideon, a farmer, is hiding in the wine press because he is afraid of Israel’s enemies. An angel appears, calling out to him, ‘the Lord is with you, you mighty warrior!’ There is nothing about Gideon that shouts ‘mighty warrior’, and Gideon is well aware of it.

You might think that having an angel appear with a message from God would be enough to convince anyone. But not Gideon. He argues and questions. Where is God? Why has God not acted on behalf of Israel so far? And how on earth is he, Gideon of no importance, supposed to help? Gideon is riddled with doubts: about himself, about God, about everything he has been told about the world and how God works within it.

But doubts are not a problem for God. The Old Testament is full of doubt: people who know what the promises of God are, but struggle to hang on to them in the face of reality. What matters is that those doubts are not left simply to fester, not pushed away or dismissed. Instead, they are brought before God in prayer.

Gideon owns his doubts. Multiple times. He argues with the angel and asks for proof. He then timidly obeys the first part of the angel’s command. But when he is faced with the next step – leading an army into battle – doubts seize him again and he asks for another sign. God gives it to him. Then he asks for another. God gives it again. And when Gideon seems to hesitate, God will reach out to him to calm his fears in the following chapter.

God works with Gideon, not merely through Gideon. Gideon is afraid and takes wrong turns. But he keeps talking to God. He knows his limitations and rests on God. In fact, it is when he grows in confidence and stops expressing doubts that his path turns away from God and he leads the people astray.

Doubt is not the opposite of faith; it is an essential part of it. It keeps us connected to God and alert to the complexity of the world around us, asking questions about our lives. Whether the doubts are small or large, about ourselves, God, or others, the story of Gideon tells us that the place for our doubts is before God, in honest and open prayer. 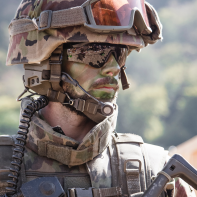