Are You Suffering from Progress Fatigue

Why can’t they just leave things alone? I liked my phone/operating system/Creme Egg just as it was, thank you, I don’t need a new, ‘improved’ version every five minutes.

If you’ve ever felt like this then you, like me, might be suffering from Progress Fatigue. Symptoms include nostalgia, sighing, rapid-onset frustration with technology, and a tendency to use phrases like ‘Why can’t they just…’.

Part of the issue is that it rarely seems as though the improvements actually improve anything. Apps lose your favourite features, computer programmes develop new bugs, Creme Eggs don’t taste as nice.

We often think of change as a good in itself. As Sam Seaborn, in the TV show The West Wing, put it, when explaining why the US Government kept funding missions to Mars:

‘Because it’s next. For we came out of the cave, and we looked over the hill and we saw fire. And we crossed the ocean and we pioneered the West, and we took to the sky. The history of man is hung on the timeline of exploration and this is what’s next.’

We want the next thing, the new thing. Something more. Something better.

Yet it gets tiring when, as my cousin tweeted recently, ‘We suffer constant change without any sense that things are progressing in the ‘right’ direction.’

Change needs to be underpinned by some vision of the good in order to be inspiring and compelling. We trial new medicines because we want to be healthier for longer. We develop new technologies because we want to live, work and travel more efficiently. Knowing and believing in the goal helps even Luddites like me to accept the change.

There are some changes that are not so positive, though. Some are driven by greed, some by hedonism. Some, such as changes to sexual ethics and moral codes, are due to an outright rejection of God’s authority and boundaries. As Christians, it is important that we keep our eyes on the ultimate goal of life – God’s Kingdom come and his will done.

When changes bring us closer to that point, we can rejoice. When they take us further away it is time to pray, to act, to speak out. And when they’re change for change’s sake, it’s probably time to sigh and reach for the Creme Eggs, however disappointing.

Jennie is a writer and editor. She blogs at jenniepollock.com and tweets as @missjenniep 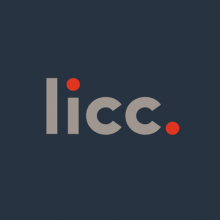